What a Thanksgiving Game! 🦃

Games can make terrible Thanksgivings survivable, and good Thanksgivings great. My wife, daughter, son and I traveled to New Mexico last week for Thanksgiving with family. Not only did we get a superb Thanksgiving eve snowstorm, but I got to watch the Buffalo Bills play and win (!!) on Thanksgiving. As much as I enjoyed that game, the game that really resonated was a Next Gen Personal Finance market psychology simulation activity that we played first with family and later with friends of my parents. We play a lot of cards in my family (mostly two games: Crazy Rummy and Cowboy) and have a lot of fun doing it. But playing NGPF’s dice game opened up a new level of generational discussion. 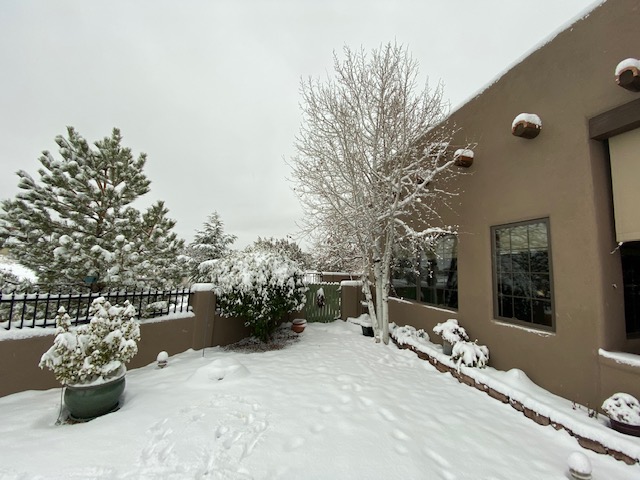 A core goal of the game is to simulate the psychological trauma of investing: loss aversion (losing hurts more than winning feels good); recency effect (illusion of patterns); overconfidence (three wins in a row should, of course, lead to a fourth win); regret and excessive risk-taking.

I played the game first with my dad who is a pretty savvy investor; my brother and wife who each have a solid understanding of the market; my daughter, age 21, and son, age 15, who have some understanding of the market (more on that in future blog posts) and my nephew, also age 15, who probably knew the least about investing. Guess who ended up with the most money? That’s right: my nephew. His feedback on winning was priceless.

Each participant got this game worksheet. Only my nephew answered the post-game questions. In hindsight I should have had everyone do this. But truth be told my teacher act can wear a little thin on this crowd so I didn’t push the issue. Here are some of his answers and feedback:

We played the game again the next night. While my nephew and my brother headed back to their home in Colorado that morning, we were joined by my mom and some friends of my parents. The one tweak we made was to play 20 rounds in order to simulate a longer investing horizon. The discussion was equally interesting. A comment was made about there being twice the chance for an up market (4 in 6) as a down market (2 in 6). To support this ratio I shared a slide from a recent presentation that showed the historical return of the market going back to 1928. More great discussion. My dad pointed out that the market rewards those who stay the course. He noted that many of the best years followed the worst years. 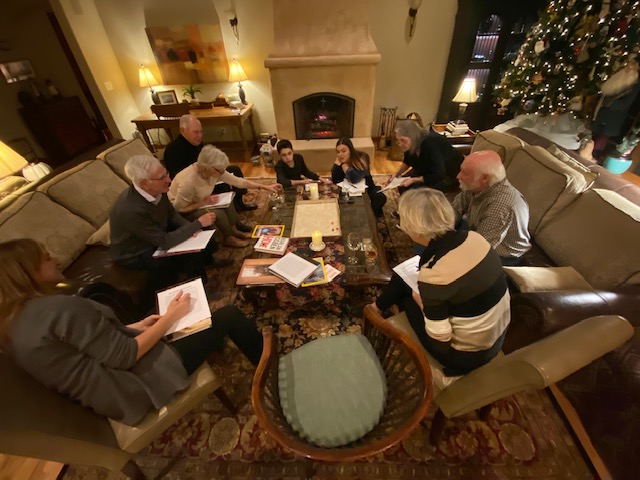 No game can perfectly simulate the emotional rollercoaster of investing but this one comes close. How great that through NGPF so many students will experience this before they leave high school.

Notes on the Bills/Cowboys Game

When I learned that the Bills would be playing the Cowboys on Thanksgiving I didn’t like it. Not at all. Thursday games are inherently biased against the visiting team. How do you play on Sunday and then travel and play a game four days later? As yearly hosts of a Thanksgiving game I have always felt that the Cowboys have an annual advantage. They play a less rested team at home, then get an additional three days off before their next game. How is that fair? Note: I realize this line of argument falls apart when it’s pointed out that the Detroit Lions enjoy the same holiday scheduling advantage but have stunk for decades. I can’t explain this phenomenon.

The other reason I didn’t like the matchup was the Bills history of egg laying in big nationally televised games. Decades after their last Super Bowl defeat I still feel the pain of their failing on a large stage. (Thanks in large part to the ESPN film The Four Falls of Buffalo, those Jim Kelly-led teams are finally getting their due.) The current team appears on the rise. I am a big fan of their second year quarterback Josh Allen. I just felt that they weren’t ready to shine on the big stage yet. Clearly I know nothing about football. In the most watched game since the Super Bowl, they clocked the Cowboys. Wow. It’s no guarantee of future success but for that day the Bills stock hit a recent high. One more happy outcome: chances are Dan Flynn is a Cowboys fan.