In tonight's pivotal fifth game against the Washington Nationals, the grass will be cut, the infield will be raked, and a company that sells high fee K-12 403(b) products will be adorned on signage throughout the stadium. That company? Security Benefit. Independently, those two words — "security" and "benefit" — signal comfort and gain. Put together they form the name of a company that sells a suite of high cost K-12 403(b) products to teachers. 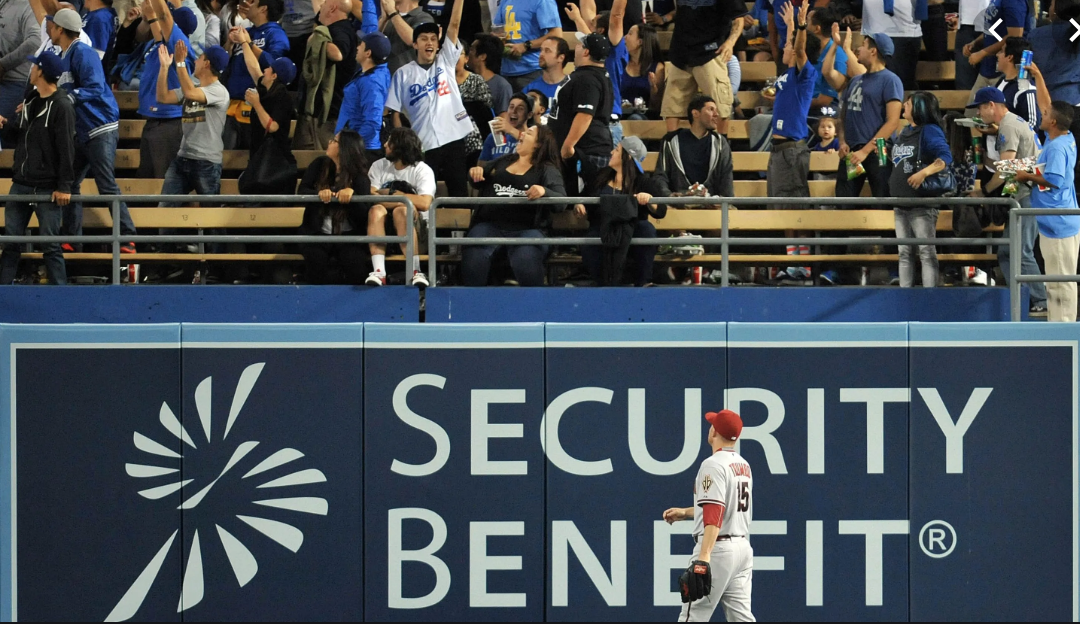 Security Benefit is also one of the financial firms controlled by Guggenheim, the group that bought the Los Angeles Dodgers in 2012. I wrote a blog post at the time called Magic Johnson + 4th Grade Teachers Team Up to Buy the Los Angeles Dodgers. In it, I detailed one of Security Benefits more costly products — the NEA Valuebuilder — sold in conjunction with the National Education Association. Sadly, the NEA still has an arrangement with Security Benefit. On page 2, Item 5, of this 2018 Form ADV Part 2A, you can see just how much the nation's largest union receives for this deal. It's not a lot in today's baseball salaries — about enough to pay Dodger utility player Chris Taylor's 2019 salary — but it's a hell of a lot of money that should be spent helping educate teachers about the impact of high fee 403(b) products.

It's foolish to look to sports teams for anything but entertainment. It's even more foolish to look for greater good in an "ownership" box. The Buffalo Bills, the football team I follow are owned by a fracker. The football team I follow even closer, Liverpool FC, have three disturbing letters on their practice "kits." They are not owned by this company but they do have a lucrative sponsorship deal with them. The first time I saw A-X-A on Mohamed Salah, I remarked to myself "I don't believe what I just saw."