I realize this headline runs counter to public sentiment about the world’s largest social network. My podcast partner, fiduciary planner Scott Dauenhauer, CFP, and I are blown away by the success of the relatively new 403bwise Facebook Group. Of course, Groups aren’t like regular Facebook. They are a somewhat closed ecosystem controlled by the creator(s). Sidenote: not sure if I have ever used the term “ecosystem” in writing before. Such a cool word. Anyway, Groups are a place where those with common interests can communicate and strategize without exposure to news feeds and more importantly exposure to fake news feeds. I know this because I haven't seen one ad saying the National Education Association cares about teacher 403(b) plans.

In little over three months, the 403bwise Facebook Group has attracted more than 550 members, many of whom are active. So active that Scott and I can barely keep up. On a regular basis, teachers are posting their vendors lists looking for feedback. But here’s another amazing thing: Lately, by the time Scott or I get to a new post, another Group member has responded with excellent commentary. This is exactly how how communities are created and meaningful change happens.

Vendor Lists Are Being Posted 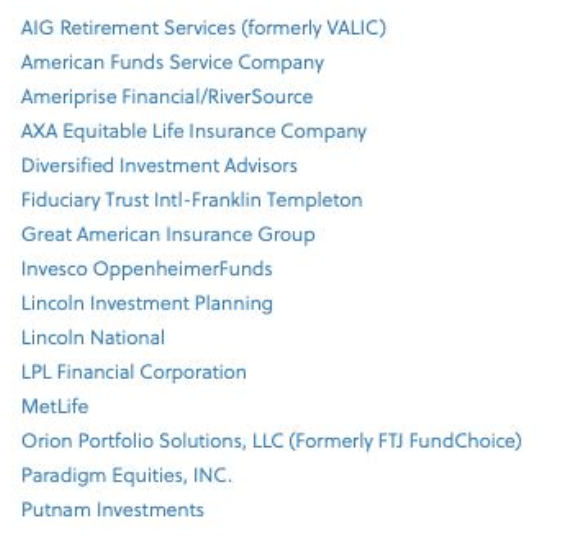 So the headline of this post is really Facebook Groups Are Fantastic! Or maybe: What an Ecosystem! Strike that. It’s lame. The 403bwise Facebook Group isn’t.

Information on joining the 403bwise Facebook Group can be found here. Note that the Group is only for teachers and that there are three questions that need to be answered before we can approve.